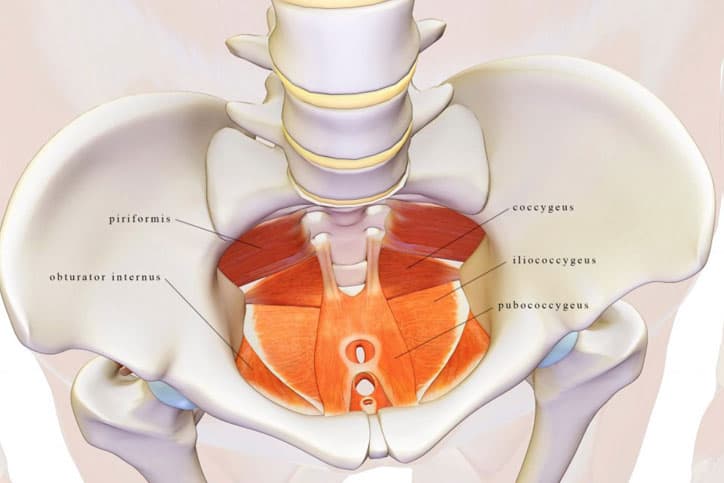 I think there should be a pelvic floor appreciation fan club; it is impressive anatomy. The pelvic floor muscles give support to the organs above, the bladder, rectum and uterus in females, they help you control bladder and bowel function, they are important for sexual function/orgasm, help with core stability and act as a blood and lymph pump for the pelvis. A loss of this action can contribute to pelvic congestion – a whole article in itself.

I had the pleasure to dissect the pelvic floor muscles in fresh tissue dissection, and I was in awe at this musculature and how it can support pregnancy and then allow childbirth.

The pelvic floor or a better word pelvic diaphragm, is often described as a hammock, however, rather than a hammock think of it more as funnel-shaped. It can be split into different layers; the most significant muscular component is the levator ani.

Composed of three separate paired muscles; pubococcygeus, puborectalis and iliococcygeus. This group of muscles attach to the pubis anteriorly, laterally to a thickened fascia that covers obturator internus and posteriorly to the ischial spines of the pelvis.

After pregnancy or with hormonal changes and age, the muscles can lose their support for then organs above, and this can cause a prolapse. A weakened pelvic floor can result in urinary incontinence – A report by the continence foundation of Australia shows that incontinence affects more than 1 in 3 Australians (38%). And out of 1,997 people surveyed, 63% believed that incontinence was inevitable after childbirth.

Using the word weakened doesn’t necessarily mean it needs to be strengthened. The muscles may be weak and fatigued because they have been held short and tight for an extended period of time. It may need to learn to relax and not hold on as tight. For a muscle to be able to generate an effective contraction, it needs to be able to relax at its optimal resting length.

One of the key things is being able to relax your pelvic floor, the other important piece I feel is, it isn’t just a pelvic floor problem. Looking globally at the pelvic floor dysfunction can have great results. Trying to increase the breadth as well as length and space in the abdominal area, taking away compression from above. Looking at foot function and how playing with increasing your foot proprioception can have a positive effect on your pelvic floor function/ contraction.

I am treating more women in the clinic for pelvic floor dysfunction than ever before, is this because maybe we are starting to talk about it more?

Talk about it, seek help. There are great pelvic health physiotherapists and exercise professionals who specialise in women’s health. Appreciate the hard work these muscles have to do and fall in love with the pelvic floor anatomy!

An exercise to try at home 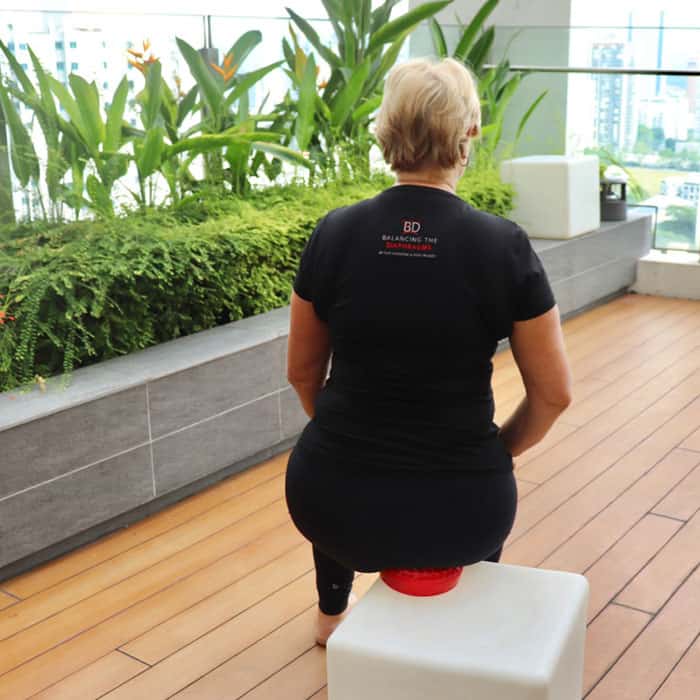 Sit upright on a chair with a firm surface; if you are comfortable you can also do this sitting on the floor; you can use a softball under the bottom of your pelvis to help with kinaesthetic awareness.

Take a breath in, what awareness do you have of your pelvic floor as you are taking your breath.

Try again, does your pelvic floor slightly relax soften, or is there no awareness?

As you exhale, it lifts away from the ball. Repeat for a few more breaths. Remember, the more you practice a task, the more it becomes familiar.

A focused breath can help relax the pelvic floor and in turn, assist with dysfunction, a relaxed and balanced pelvic floor can assist in a fuller breath.